When the reality of global headlines reaches Bursar Patrick's desk... 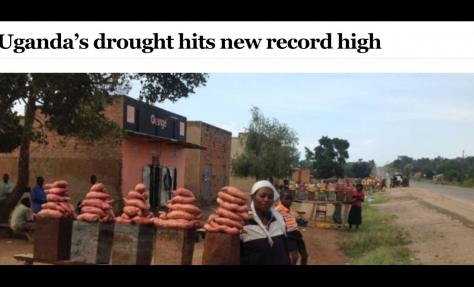 What do we mean by food insecurity or food crisis? Does it just mean something like a current UK BBC headline "Hummus crisis? What Hummus crisis?" Or the recent absence of Marmite on our supermarket shelves? Or is it something much more serious.....?

Meeting this week with Director Charles brought home the stark reality of what the headlines really mean to a school like WTA. He explained what it means, clearly and simply, for the majority of families in the country....

And in today's news: "more than half of Uganda is now in an exceptional drought and current drought conditions are the worst in the country’s history". It is not as bad as Somalia or northern Kenya... but it is critical.

Little food means that many families are managing on one meal per day and in extreme cases, in Uganda and neighbouring countries, many are dying. As students now go home for the holidays, the relative comfort of school porridge and posho three times a day is replaced by just one meal a day for the next month. It is the poorest families in the northern rural areas who are mostly affected in this way.

The drought in Uganda has caused food prices to rise by over 50% during this last term. Posho - the maize staple of Uganda - has risen in price from 1,900 shillings (40p) per kg to 3,000 shillings (63p) per kg. This may seem a little change to us, but it has a massive 'knock-on effect' on the school food budget. 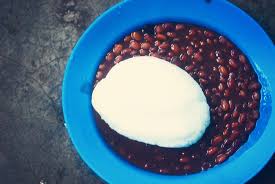 It was supposed to rain during the whole of March, but in some regions of Uganda, people were only able to start planting 2 weeks ago as the rains just did not materialise. In the north, people planted too early and there wasn't enough rain, so the crops died.

The domino effect of the drought has also caused another serious change of plan this week...

WTA had planned an innovative holiday revision programme for O' & A' level students to help them prepare for the 2017 papers. Due to a lack of cash, the parents of the S4 boarding students cannot even afford the small food cost to have their children attend, so these students have had to go home - against their wishes. Whilst it is true that the day students can still attend, they are a much smaller group of just 32 out of 131; the school will have to find other ways to support these boarding students when they come back next term.

So, it becomes clear that food insecurity not only causes financial stress and hunger/starvation for the poorest, but it also causes educational poverty and deep injustice for the majority......both of which have a long lasting consequence.