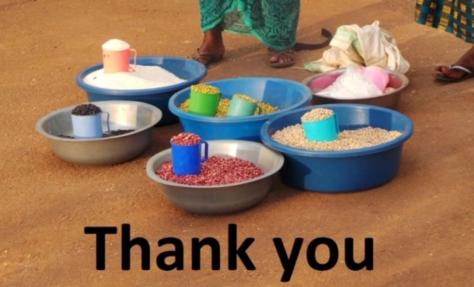 Time for a quick update on the current food situation that we are involved with in Uganda. ServeDirect has continued to help distribute food within the 2 communites that we work with  - both in Lukomera (where WTA is based in central Uganda) and in Gulu, northern Uganda.

Right from the start, we want to say another huge THANK YOU to everyone who has helped with raising money for the food support. The response has been very generous which is a great encouragement to us all both here in the UK and in Uganda. A very special thanks to Val & Nick Bunker and Fliss & Mike Blunt who ran a series of parallel 'marathons' over 7 days, equivalent to the 294kms distance between Lukomera and Gulu! Over £6000 was raised by their efforts - a fantastic achievement. Thank you again the 4 of them and to all who donated to keep them running. 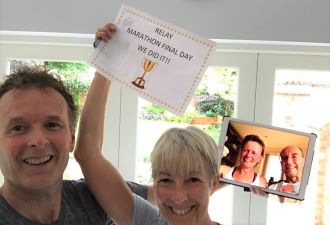 In June, ServeDirect was able to fund food distributions to over 300 families in the Lukomera area. These distributions were carried out via several churches and the community leaders to ensure that the most vulnerable in every part of the community were catered for. Fortunately, the crops are now being harvested which has eased the immediate crisis for many families, but those without land are still suffering.

In Gulu, the harvest is behind by a few weeks so the hardship remains for many thousands of households. In June, ServeDirect funded 1000 family food packages - but still the need continues to outstrip supply. We are supporting food distribution in Gulu via a church which works closely with the local council, to again ensure that the most vulnerable are reached. Ironically, Gulu was given official 'city' status this last week in Uganda - but was immediately subject to a local lockdown as there had been some suspected cases of coronavirus in the area. No one was allowed to enter or leave Gulu for a week which was another economic blow for the new city. The church recorded another short 3 min video to show better the situation on the ground - click here or on the picture below to view, it is well worth a look. 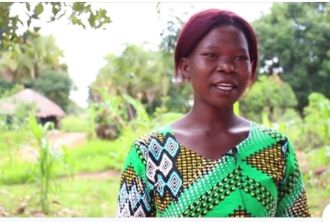 We had hoped that life would have returned to some sort of normality by the end of June - but the lockdown seems set to continue for some months to come. And as you may have seen from the other news articles, schools in Uganda may now stay closed until February next year! This not only badly affects the 15 million students, but also the many thousands of private school teachers who have no income. We continue to discuss the situation with our partners in Uganda to ensure that any help we can offer remains appropriate to the changing situation and reaches the most vulnerable within the communities we work with.

As ServeDirect we want to express again our sincere thanks to those involved in both donating money and to those physically distributing the food. Particular thanks to previous Project Guardians Johannes and Gé Holwerda and their church in Bolsward, Netherlands for their generous support. We feel privileged to be able to facilitate this partnership that has helped so many. It is estimated that around 6000 people were helped during the month, which when you think about it, is quite humbling.