PG TiPs @ WTA - in their own words 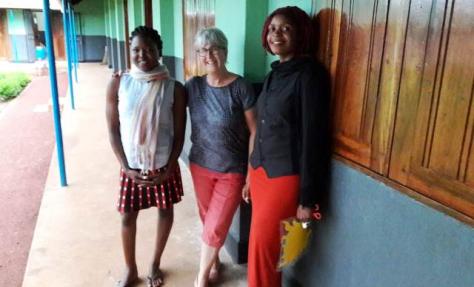 Meeting old friends (Mercy and Cate) up in Gulu

Sue and Stan (Rothwell) are already reaching the end of the first month back in Uganda. Having previously signed off their emails as PGs (Project Guardians), now they are back as  'temporary fill in' PGs, and calling themselves PG TiPs..........

"When we left our role as Project Guardians here in August 2016 (after arriving Jan 2014 – for 6 months!), we knew that we would be back, even as visitors, as there were so many people that we considered friends. To some students we were thought of as step-parents, or more correctly step-grandparents as apparently, we are very wise! So, when asked whether we would come back to ‘fill-in’ for a term, we prayerfully considered - for a few minutes – as it was very clearly the right thing, at the right time, and said “Yeah OK then”.

Arriving in Entebbe on Saturday 5th May, we drove to Lukomera via Kampala on a ‘quiet’ Sunday, and were quickly reminded that there is no such thing as a ‘quiet’ day in Kampala! First impressions were that the road works that had blighted the spring/summer of 2016 had now gone, to be replaced by beautiful flower-covered roundabouts, and there are traffic lights on almost every junction! We even saw a ‘boda’ take notice of one!

For our entire time here previously, we had navigated by landmark. Of course we had bought maps, but they were largely decorative. Although they did have street names, in reality these existed only in the imagination of some town planner long long ago, because the city of Kampala was largely bereft of such useful street furniture. And so we used to navigate by landmark - turn left at the abattoir, second right after the red house, bear left at the big clock etc. But now, lo and behold, street names abounded! Alas for us it is too late, because although the signs are there now, the satnav in our brain is still switched to ‘points of interest’ mode’!

And then, as we drove along the road to Mirembe House we were struck by how quickly everything has grown. Banana palms, passion fruit and avocado that we had planted only a few years ago were bearing fruit – a lot of fruit! Uganda is such a verdant country, having two rainy seasons, but boy when it rains, it buckets it down! And the noise is amplified by the corrugated metal roof - as I write this we are having to shout to each other across the room! 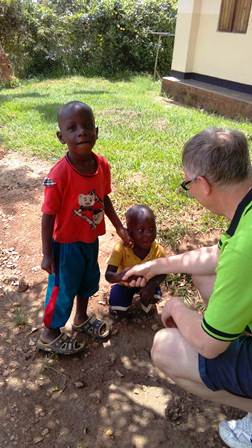 We had the most amazing welcome from dear Mohammed, Eva and Baptiste. Juno and Tusker clearly remembered us, as they didn’t attack us in the correct ‘guard dog training manual’ manner, but both rolled over for a tummy tickle and a biscuit.

During the first 2 weeks, we even managed to fit in a trip to Gulu to see the new Connect Education Centre. The last time we saw it, it was just a field that Stan had measured up, chatted (although he says “discussed deliberated and amplified”) with the headmaster of the school next door about the benefits to the community of having a centre there – and now there it is! The holiday programme was in full flow, and we also had the chance to catch up with Melissa, Kate (Charles and Annette’s daughter) and Aber Mercy (ex WTA student), all now working there. We are still amazed by how quickly something can move from idea/field to completion and fully functioning project. This was due in no small part to project manager Dan (husband of ‘Jody Phonics’), and Dad to delightful Myron"   PG TiPs @ WTA