Storytelling.... Every student has their story.... 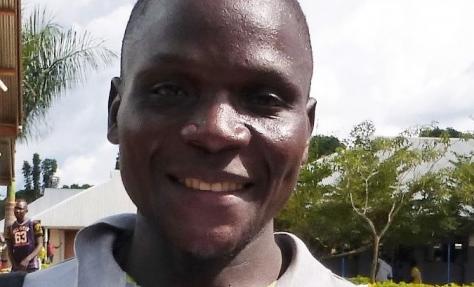 Denis....now getting ready for end of term exams

Denis   Last month we wrote about Denis' story  -  to highlight the reason that WTA exists.. and the need for such a school as WTA to be able to provide for the genuinely needy.

Shortly after the last article, Denis heard that thieves had broken in at his Masindi home and stole all his personal possessions. Despite yet another serious setback, he still remains remarkably resilient. And after a few weeks, Denis started to look more relaxed and started to settle back into school - and even smile a little.  There is now bed space available in the S4 dormitory, so next term he will go back to being a boarder. In this instance, WTA also starts to become the family support to some extent - and that will continue during this S4 year, until he takes his O' levels. His options are in Fine Art, Agriculture and Commerce  - we look forward to seeing how he gets on. Over the Easter weekend, he played football in the Students vs Teachers match (which included Jerry!)  - Students 5 : Teachers 1

Doreen (not her real name) - Some stories just come to light in a quiet way - almost in passing. Doreen is also in S4 and a 'true orphan' - ie both parents have died. Her father was murdered in front of the family by the LRA Rebels in 2006, while they were out digging the fields. Tragically, her mother died due to HIV/Aids last term. This makes Doreen the head of a 'child-led household' as she is also responsible for the home and her younger 14 year old sister, completing primary school in Gulu. Unscrupulous neighbours are hovering, hoping to 'landgrab' - illegally take the land. Doreen earned money from digging crops for other farmers in the holidays - which was enough to bring her back to school and pay for her younger sister's school fees.... but it was not the full amount of enough to pay for her exam registration. In talking to her and hearing her story, it was clear that her greatest fear was to have to leave school due to lack of fees, and that her exam results were suffering. Once again, because she raised her genuine story to Patrick and Charles, they have found a way to keep her in school this year - she is aiming to do well in sciences and achieve well.

Andrew's situation is very different - but still very challenging. He has been at WTA since S2 and has a high academic record from S4. His younger brother - who is also academically gifted - was also a top performer at O level in the same academic year,  but then their father decided to send him to a different, but very expensive  school for A Levels, keeping Andrew at WTA. This leaves Andrew with only a minimal amount of school fees each term. His debt has grown considerably since the beginning of S5 and the father is not willing to pay the debt or the registration for Andrew's A' levels. It is as if the father has made the choice to put all his money towards the younger brother, leaving the other boy stranded and deeply stressed by his father's seemingly harsh decision. Usually students get stuck because the parent can't pay - not because they have the money but won't pay.  Such a decision for action needs wisdom and investigation from Charles and Patrick.

Resilient - when we Overcome, Steer Through, Bounce Back, Reach Out to others, Build Up to the Future 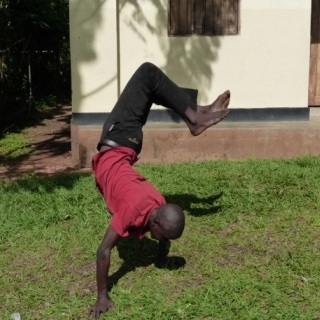