News from The Rock 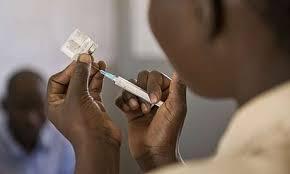 So, what's happening at The Rock? Of course The Rock operates all through the school holidays but this new term, which has just started, also brings some new changes.

Staffing: The Rock has a new clinical officer: Akullu Doreen. Derrick has left in order to continue further studies.

Education: Annette (Charles' wife and Manager at The Rock) has been leading a programme to ensure higher levels of immunisation among WTA students. Due to the screening exercise last term at The Rock, the number of immunised students is increasing. Annette also addressed parents in a PTA general meeting last term, about the danger of Hepatitis B if their children are not immunised.

Sadly, some local parents choose to resist many school policies including the policy on immunisation, with some even deciding to send their children elsewhere to avoid immunisation. This is often due to a lack of understanding and lack of education. Undeterred, The Rock plans to continue with raising awareness both at school and in the community. The personal and direct links forged by Annette and her team between The Rock, the local community and the school community are vital for improving overall health and education.

And Paperwork.... Staff have been busy fulfilling various requirements in accordance with medical registration guidelines. Some of them are practical and necessary, (for example the digging of a 'placenta pit'!), but of course, others involve excessive paperwork, excessive time and excessive administration, all described by Charles as a "very tiresome procedure"...... this may sound familiar?

Testimonial: Kati Hayes, who worked as a volunteer at The Rock in June, has written a testimonial about her visit:  " I had been hoping that the opportunity to work in somewhere like the Rock would come to life for a few years. I don’t think I dared to think of it being possible, until WTA and the Rock were introduced to me by a work colleague........"  Read the full version in the Testimonial section, via the Homepage.